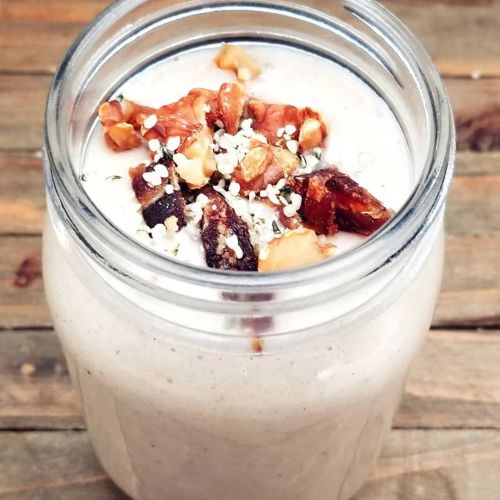 Fonio Recipe For Breakfast At Juka’s Organic. S/O To @irenesgreencuisine for this yummy post of Juka’s Organic Fonio Breakfast Idea: Toasted Fonio and Walnut Smoothie. I always used to have oatmeal smoothie, so I thought why not try and make fonio smoothie. It is amazing. If you do not have fonio, feel free to use oatmeal. Recipe ½ cup fonio ½ tsp. Cinnamon ½ tsp. Cardamom ½ tsp. Nutmeg 1 banana frozen Handful walnuts 1 Tbsp. Hemp seeds 1 or 2 dates depending how sweet you like it. 1 cup milk of choice Toast the fonio for about 8 minutes in a saucepan. Cook the fonio according to package instructions. Once the fonio is cooked. Place to the side and allow to cool. Put all the ingredients in a blender including the fonio. I put ½ cup cooked fonio. Blend until smooth. Optional: Top it with walnuts, dates and hemp seeds. Enjoy. This is a breakfast meal and dessert all in one. Nourishing and satisfying all at the same time. What is Fonio? Fonio is a nutritious West African grain. It’s a cross between quinoa and couscous with a nutty flavor. The grains can be used in porridge. It can be used as an alternative to rice. Where can you purchase? The companies that sell fonio include: jukasorganic.com