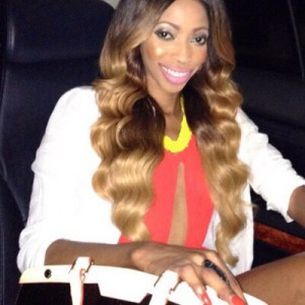 Do you #Aspire to be a #BusinessWoman & change #lives? Let this be your #Motivation DreamBig & take actions. Visionary and business mogul, Juka Ceesay was inspired to launch Juka’s Organic Co. in 2013, after she realized the scarce availability of pure and natural products from Africa in the U.S. As a native of West Africa, she introduced America to Juka’s Organic Co. by providing a modern yet original combination of African products to American buyers.

Juka’s Organic Co. partners with women from small villages in West Africa to supply buyers with the best Organic Red Palm Oil, Shea butter, Herbal Medicines, African Tea, African Whole Grain and other products. According to the company’s main webpage, jukasorganic.com, Juka’s uses the traditional method of palm oil extraction, which is a historical and traditional method that has been used throughout African villages.

What’s Hot:
Juka’s Original Red Palm Oil t offers 100 percent Organic products in different quantities. In particular, the company is known for its Organic Red Palm Oil. With its name deriving from its naturally rich color, Red Palm Oil is a nutrient powerhouse that’s supplemental for total body healing and health. For centuries, it has served as a cure-all for many common ailments in Africa and can be used in your diet, as well as for hair and skin treatments!